Why is it so hard to accept even the most useful marketing feedback? It’s called the “Myside Bias”

Evolution gave human beings many advantages, for example, we have really useful hands and an excellent self-cooling system. But it also left us with minds far more tuned in for life as hunter-gathering tribes, not so much to make decisions as digital marketers or entrepreneurs.

Behavioural psychologists are trying to understand why generally people are so rubbish at actually using evidence and new information to make better decisions. Our brains seem to be wired up wrongly for this.

They suppose that the answer is historically our primitive humans’ forbears gained far more daily value from being accepted within their social group (and being able to manipulate that group) than actually doing sensible things like avoiding being eaten by a bigger animal.

What’s this got to do with making marketing decisions? Well, here’s the thing. We are unlikely to change our opinion on things. More than unlikely. We are programmed not to.

In their book “Denying to the Grave: Why We Ignore the Facts That Will Save Us” (Oxford), Jack Gorman, a psychiatrist, and his daughter, Sara Gorman, a public-health specialist
discuss in the context of the pandemic why so many disagree so strongly with the scientific perspective, even in the absence of any contradictory evidence. This is but one example of the phenomenon. They say that we even get a rush of dopamine when we stick to our guns despite contrary evidence.

In “The Enigma of Reason” (Harvard), the cognitive scientists Hugo Mercier and Dan Sperber talk about “Myside bias”. This is the idea that we are well served to agree with the views of our group whilst being extremely capable of picking apart those of the another. We
remain blind to flaws in our own (collective) thinking but are more than able to see them in other people’s. This matters to us when we are trying to assess our marketing ideas. Particularly when we seek feedback.

We want to get second opinions to improve our odds of success, but it becomes incredibly easy and indeed even enjoyable to find the flaws in the critique or opinions of other people whilst getting more and more entrenched in our assessment. We grab hold of views that endorse our own, rejecting the others. It’s our natural tendency. But this is very dangerous. After all our marketing isn’t about us. It’s about other people. It’s by definition about communicating outside of our group. In that context contrarian opinions are crucial. The view of an outsider becomes the most precious. And we have to be vigilant in recognising the way we will be tempted to reject something we don’t immediately agree with.

We at Sensecheck propose that you don’t rely on your tribe for feedback ( eg asking around the office or your friends, or even your advisors). We recommend you deliberately go completely outside your group. That you recognise the providers of feedback as having merit based on experience and capability, and because of that pay close heed to them. It’s likely to be uncomfortable. Moreover, why not tap into the inherent natural capability of third parties to find any flaws in your thinking or execution? Remember their evolutionary programming makes that easy
for them.

We’re good at criticising others, after all. Initially, it may be unpleasant to read their comments. A price in terms of hurt feelings.

But that has to be set against the price of marketing failure which would be very expensive or even existential to your business.

Sometimes the price of being “comfortable” is too high.

Myside bias can be your worst enemy in business. Or it could be your friend. Your choice.

We are grateful for the inspiration provided in the article by Elizabeth Kolbert Published in the print edition of February 27, 2017, issue of the New Yorker, with the headline “That’s What You Think.” 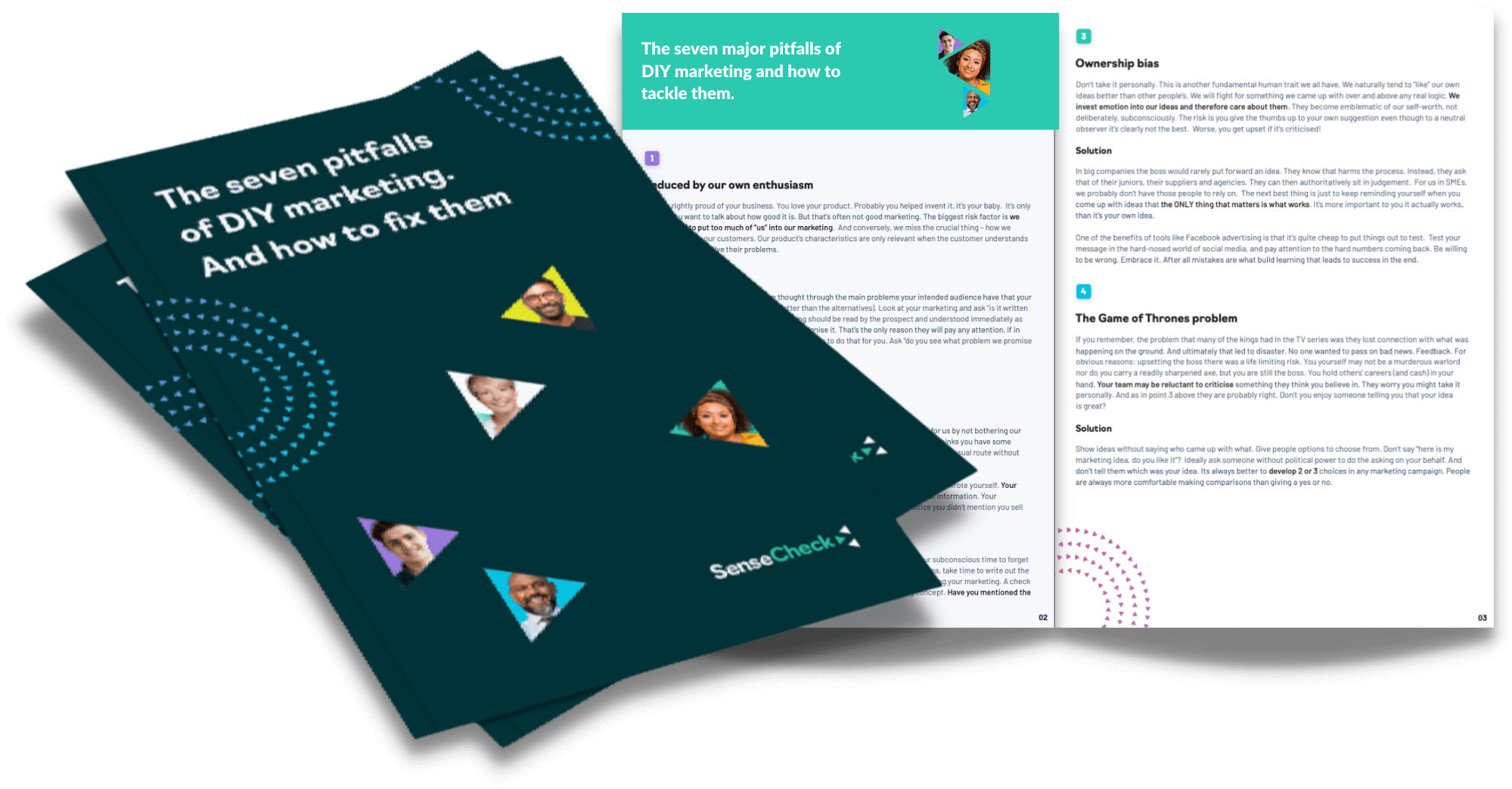 
You may also want to read… How to write a good marketing brief Achieving powerful marketing with clarity of your idea 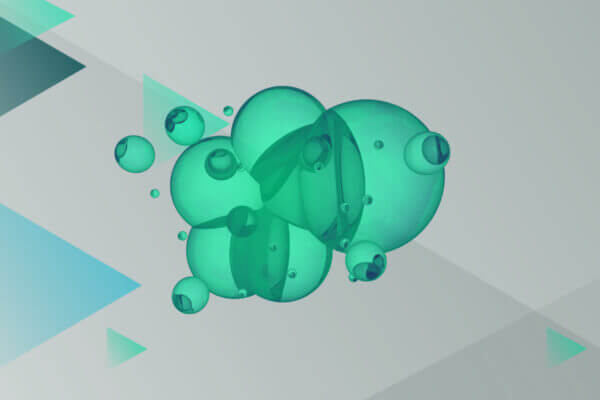 Living in your bubble. Why feedback is so important.

Want to know if your marketing idea works?
Get it SenseChecked!

We use cookies on our website to give you the most relevant experience by remembering your preferences and repeat visits. By clicking “Accept All”, you consent to the use of ALL the cookies. However, you may visit "Cookie Settings" to provide a controlled consent.
Cookie SettingsAccept All
Manage consent

This website uses cookies to improve your experience while you navigate through the website. Out of these, the cookies that are categorized as necessary are stored on your browser as they are essential for the working of basic functionalities of the website. We also use third-party cookies that help us analyze and understand how you use this website. These cookies will be stored in your browser only with your consent. You also have the option to opt-out of these cookies. But opting out of some of these cookies may affect your browsing experience.
Necessary Always Enabled
Necessary cookies are absolutely essential for the website to function properly. These cookies ensure basic functionalities and security features of the website, anonymously.
Functional
Functional cookies help to perform certain functionalities like sharing the content of the website on social media platforms, collect feedbacks, and other third-party features.
Performance
Performance cookies are used to understand and analyze the key performance indexes of the website which helps in delivering a better user experience for the visitors.
Analytics
Analytical cookies are used to understand how visitors interact with the website. These cookies help provide information on metrics the number of visitors, bounce rate, traffic source, etc.
Advertisement
Advertisement cookies are used to provide visitors with relevant ads and marketing campaigns. These cookies track visitors across websites and collect information to provide customized ads.
Others
Other uncategorized cookies are those that are being analyzed and have not been classified into a category as yet.
SAVE & ACCEPT 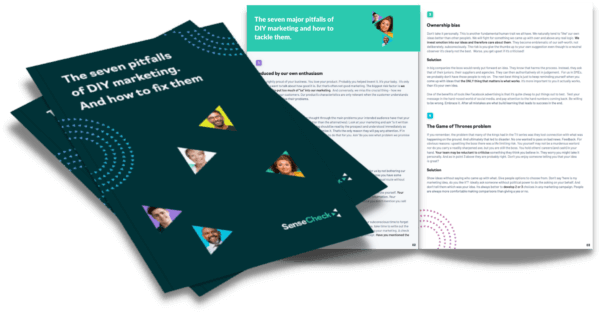 Want some tips on avoiding marketing waste?
Get our free ebook ‘The seven pitfalls of DIY marketing’